DEVELOPERS SALES FOR MARCH REBOUNDS, WITH SIGNS OF RESTORING CONFIDENCE AMONG BUYERS AND INVESTORS 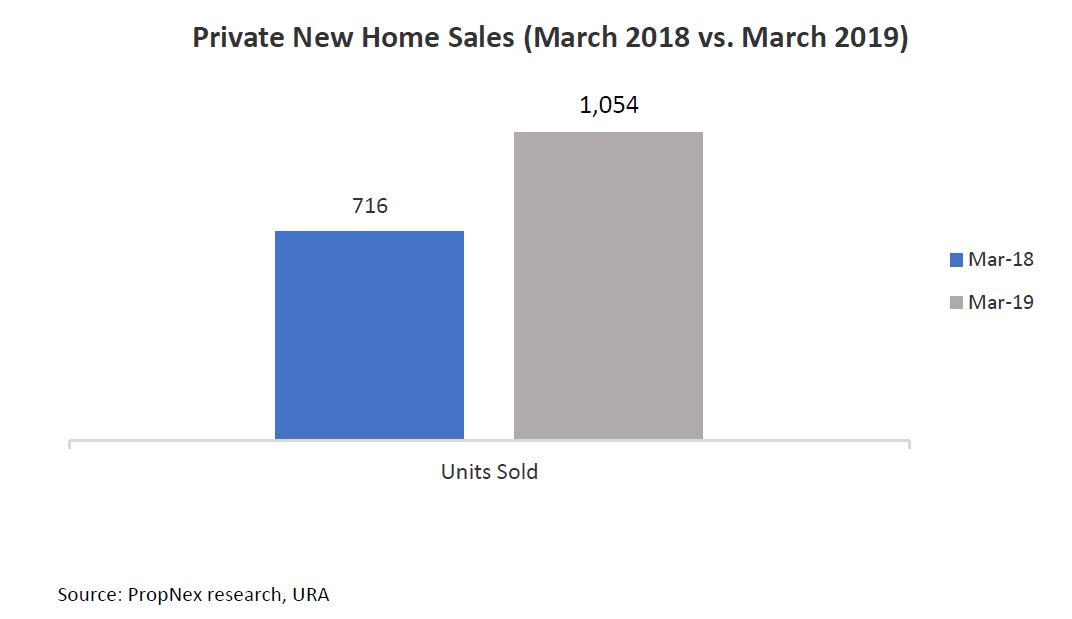 Chief Executive Officer of PropNex Realty, Mr Ismail Gafoor mentioned that, “Developer sales rebounded strongly for the month of March, on the heels of the Chinese New Year festivities in February. We observed sales for private new homes (excluding ECs) more than doubling from 455 units in February to 1,054 units in March. Comparing t¬he developer sales for January and February, buyers and investors are exhibiting more willingness to commit now. Having being on the sidelines, since the introduction of the property cooling measures 8 months ago, buyers and investors have started to feel more confident in entering the market, as developers are continuing to price their developments sensitively.”

The top 5 best-selling new launches for the month of March were Treasure At Tampines, The Tre Ver, The Florence Residences, Parc Botannia & Riverfront Residences. With Treasure at Tampines leading the sales, with a total of 289 units sold at a median price of $1,335 psf. While, trailing closely was The Tre Ver, which sold a total of 131 units at a median price of $1,602 psf. 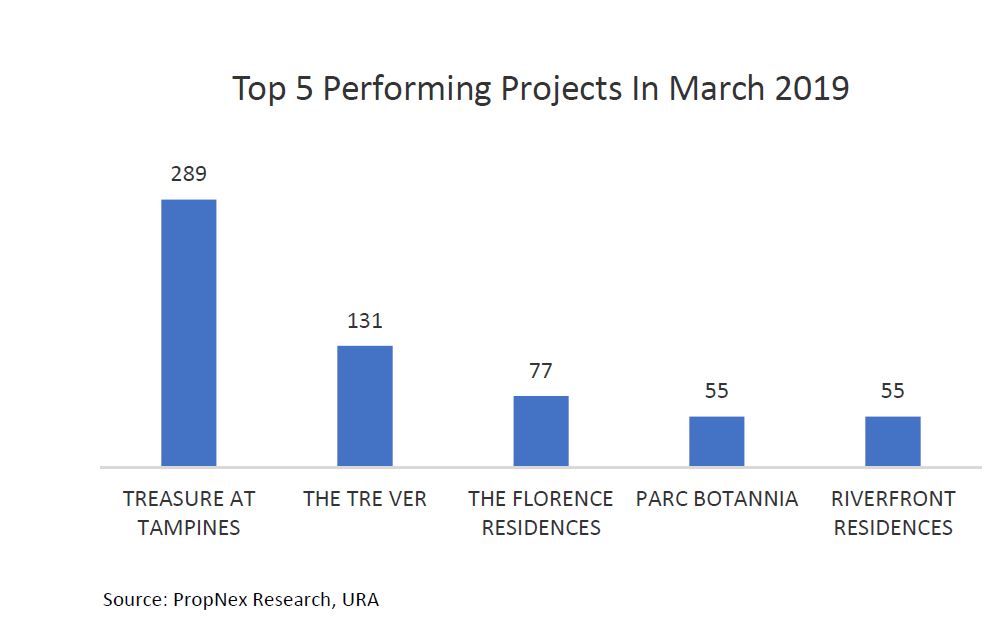 Mr.Ismail further asserted that “Particularly, buyers are favouring projects that are rightly priced as witnessed, even previously launched projects such as The Tre Ver, Parc Botannia and Riverfront Residences continue to be in strong demand”.

Moving forward, Mr.Ismail cautioned that, “Even though developer sales experienced a higher take-up rate for the month of March, this does not reflect that the overall market sentiment has fully recovered. However, with that being said, developments that are priced right are bound to attract buyers and investors. We believe that these developments will continue to have an edge in the volume of transactions for the coming months.” 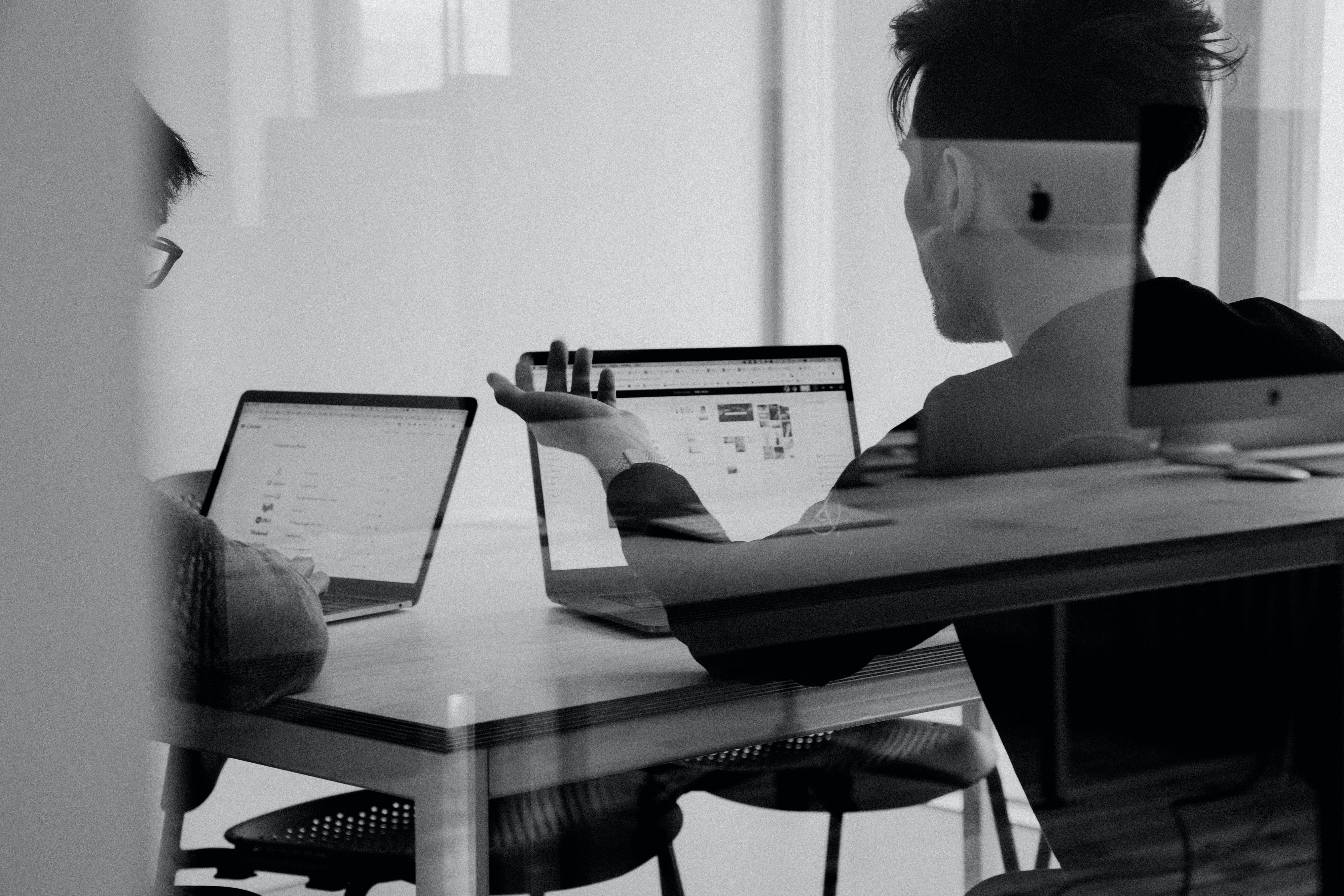 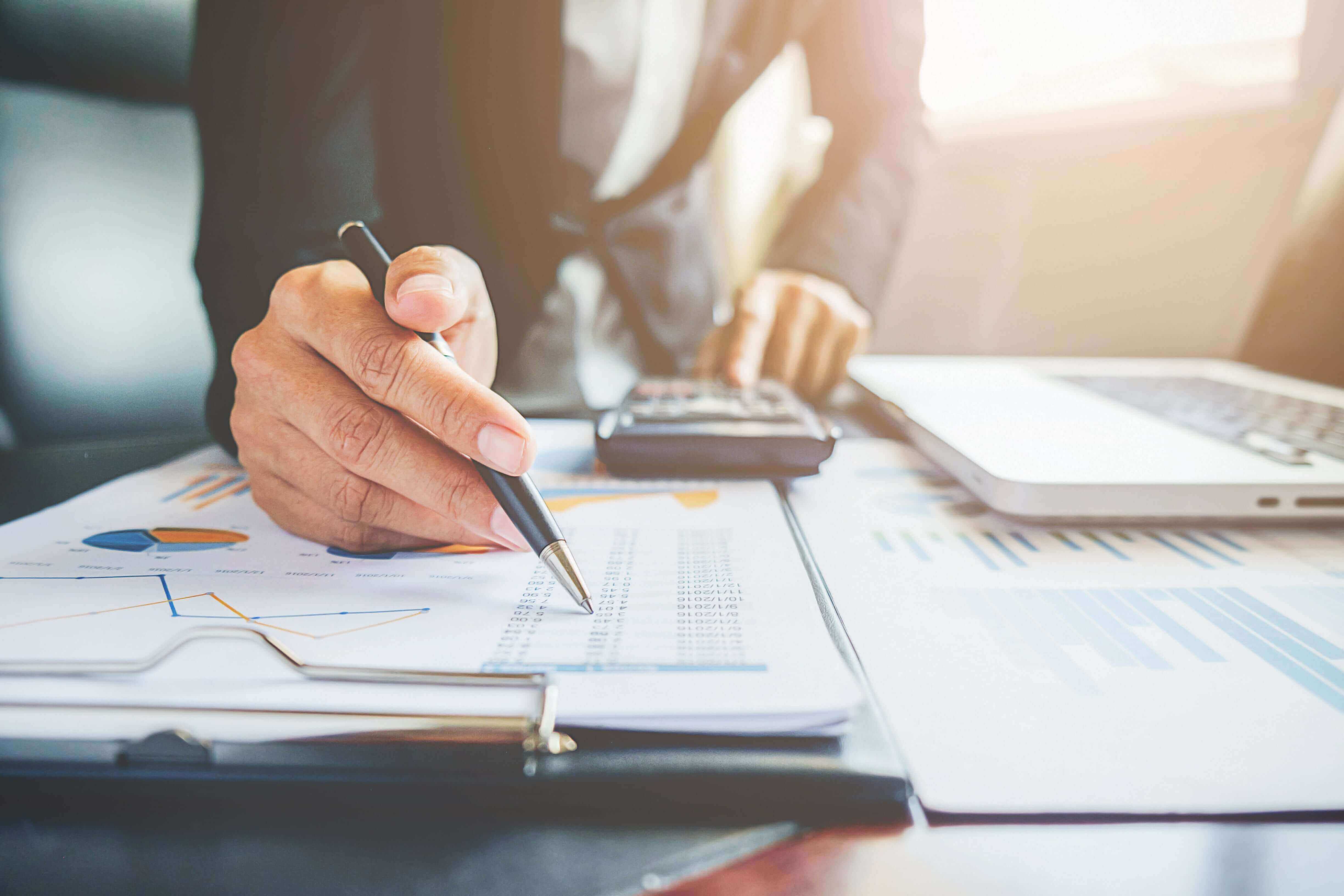 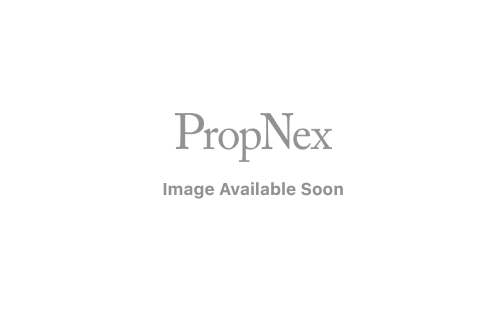