“Developers will remain focused on moving units by attractively pricing the new projects and September saw some of these projects that are centrally located that drew the attention and interest. We predict that home seekers will remain selective for the remainder of the year, with a project’s location and price points as the main drivers of demand. The current lack of mass market launches has also contributed to an inertia to commit as buyers remained on the sidelines,” commented Mr Ismail Gafoor, CEO of PropNex Realty. 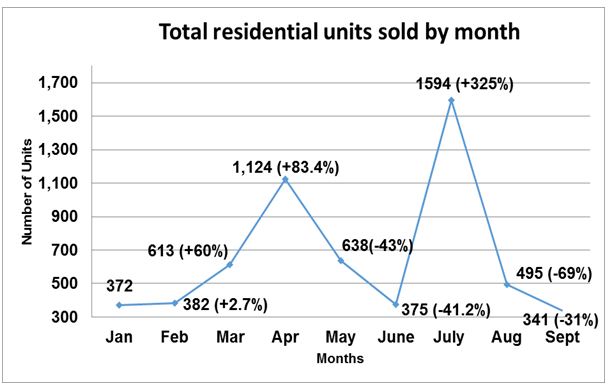 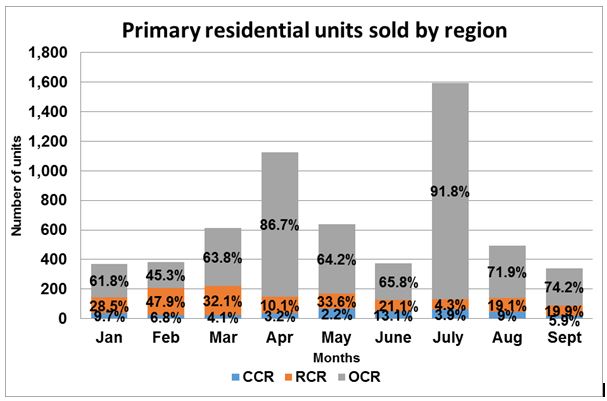 Signature at Yishun - the chart-topping project in September

Even though the private residential market was soft, some projects still enjoyed relatively good sales if they were perceived to be attractively priced by buyers, buying demand was not totally absent in the market but it had to be drawn out by attractive pricing. 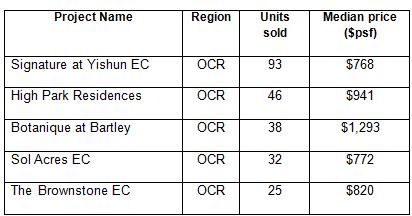 The continued enforcement of cooling measures will continue to sap demand and this will prevent any market pick up from being sustained. Mr Ismail also noted that home seekers will remain selective for the remainder of the year, with a project’s location and price points as the main drivers of demand.

The luxury segment will continue to be weighed down by anemic demand amid the more restrictive home buying environment. The higher price tags of the luxury/super-luxury homes inevitably served as a deterrent as potential buyers will have difficulty in obtaining loans for higher value properties. For foreigners, the ABSD will continue to be a stumbling block in their consideration for a purchase.

CEO of PropNex, Mr Mohd Ismail concluded, “It is now a certainty that buyers will take longer to come to a purchasing decision. In a buyer’s market whereby developers are competing for the same group of buyers, only projects with good attributes such as location and good pricing will stand out.”

“The last quarter of 2015 should see a strong transaction volume due to the impending launches of both Principal Garden, The Andrew Residences and another project in Thomson”, commented Mr Ismail Gafoor.