In March, 843 private residential units were sold (excluding ECs) by developers, a mammoth 180 per cent increase from the 301 units sold in February. This is the highest transaction volume in a month since July 2015; when High Park Residences was launched. The increase in volume was due to more units launched by developers – which rose from 209 units in February, to 682 in March.

Analysing the figures, Mr Ismail Gafoor, PropNex Realty CEO said, “The surge in transaction level in March is evident that purchase motivations are largely project driven – with The Wisteria and Cairnhill Nine contributing more than 50 per cent of the total sales volume last month. Even though there was a lack of major new launches in 1Q2016, transaction volume of new private homes improved quarter-on-quarter to 1,466 units in total; or a 12 per cent improvement from the same time last year”. 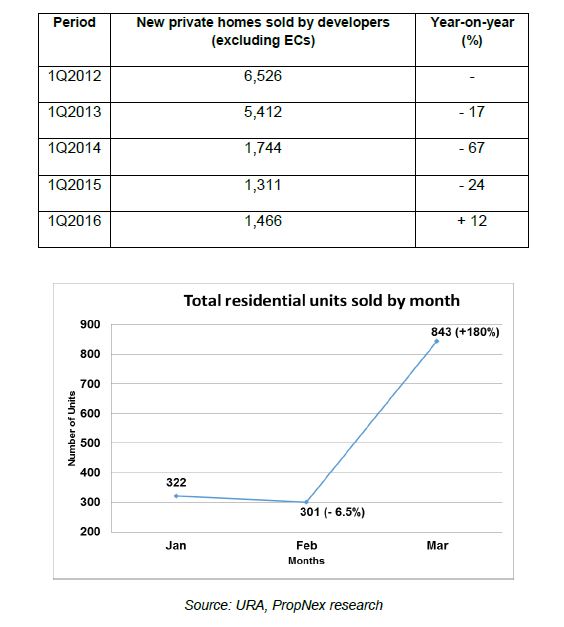 Properties in the Outside Central Region (OCR) was the most sought after in March, accounting for 55 per cent of new private home sales, while Rest of Central (RCR) and Core Central Region (CCR) accounted for 20 per cent and 25 per cent respectively. 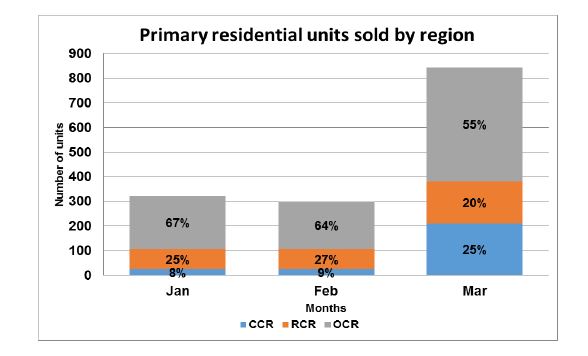 The 5 top-selling projects were – Cairnhill Nine, The Wisteria, The Poiz Residences, Kingsford Hillview Peak and Botanique at Bartley. 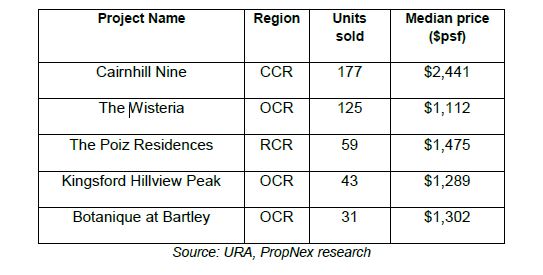 Homebuyers will continue to scout for affordably priced homes

With no changes to the government curbs on the horizon in 2016, the private residential market is expected to remain relatively soft. However, we can see a more active market as more projects get launched - new private home sales volume for 2016 is likely to exceed 8,000 units.

Mr Ismail expects strong sales volume in 2Q with the upcoming launches of GEM Residences, Sturdee Residences and Stars of Kovan; which will definitely spur buying demand. At the same time, developers will also be adjusting their pricing strategy to move units in their past launches – as evidenced in 3 of the 5 best-selling projects in March being from previously launched ones.”