FOR IMMEDIATE RELEASE 15 October 2019 – A total of 1,270 units of Private New Homes (Excluding ECs) were sold for the month of September. A 13.1% month-on-month (m-o-m) rise in the number of units sold, as compared to the 1,123 units transacted in the previous month. 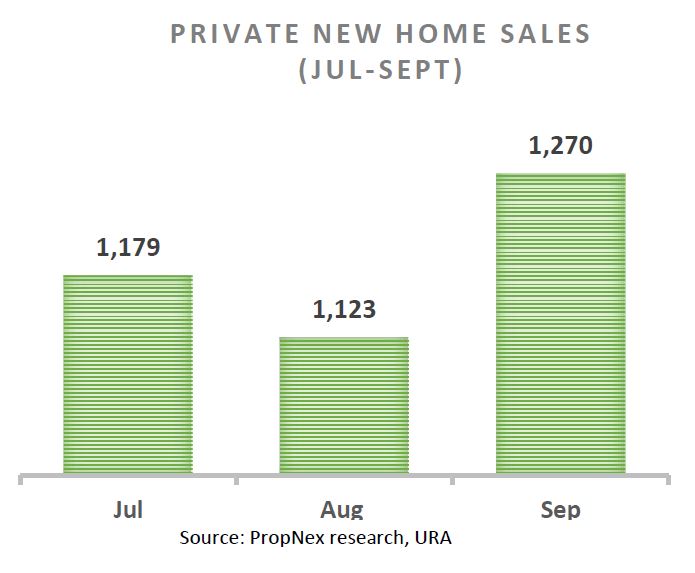 For the third consecutive month, private new home sales crossed the 1,000-unit mark, with the month of September being the highest number of units sold for the year so far. Chief Executive Officer of PropNex Realty, Mr Ismail Gafoor highlighted, “Notwithstanding the September school holidays, the unwavering interests from buyers and investors have continued to be positive. As buyers have started to be more responsive to new launches that are coming on stream”. This was clearly demonstrated by one of the newly launched development for the month of September, which was Avenue South Residence. The project sold over 90% of the 300 units that were launched, during its launch weekend. Mr Ismail added, “This is further complemented by rightly priced projects of earlier launches, that continues to be the cornerstone of the private new home sales segment.”

The top 5 best-selling new launches for the month of September were Avenue South Residence, Parc Clematis, Parc Botannia, Treasure At Tampines and Parc Esta. With Avenue South Residence, being the top selling development, with a total of 361 units sold at a median price of $1,941 psf. Trailing closely was Parc Clematis, which sold a total of 119 units at a median price of $1,620 psf. 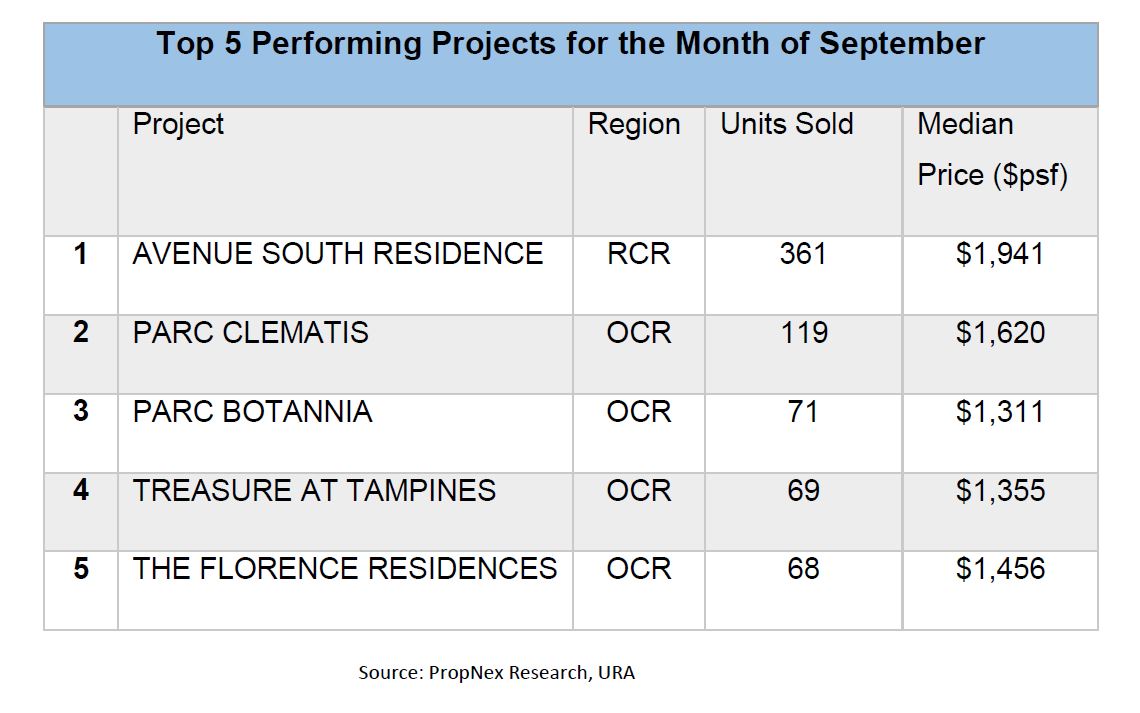 Mr.Ismail further remarked that, “By incorporating the monthly developer sales from July to September, private new home sales (excluding ECs) for the first 9 months, have reached a total of 7,760 units. A 7.5% y-o-y surge, as compared to the 7,220 units sold in the corresponding time period in 2018. However, URA will release the quarterly figures on Oct 25th, which will provide a better indication of the change in the units sold between 2019 and 2018. Nevertheless, we are confident that the private new home sales volume will exceed the 9,000 mark for the entire year.”