SINGAPORE, 17 January 2022 – Due to the year-end seasonal lull, private new home sales in December fell by 58%, with developers selling 650 new private homes (ex. ECs) compared with the 1,547 units sold in November. In addition, the fresh cooling measures implemented from 16 December and the limited number of new launches have also weighed on sales. There were three new launches in December, all were in the Central Region: Zyanya at Lorong 25A Geylang which sold 2 out of 34 units, Mori in Guillemard Road which sold 71 out of 137 units and Perfect Ten in Bukit Timah Road where 11 units out of 230 units were transacted.

New home sales in December was led by the Rest of Central Region (RCR) segment, which sold 292 units. This represented a dip of 68% from November, where 910 new homes were sold, thanks to the healthy take-up at CanningHill Piers which was launched in November. With limited new launches in the RCR, previously launched project Normanton Park was the best-seller in December, moving 73 units at a median price of $1,831 psf.

Meanwhile, 224 new homes were transacted in the Outside Central Region (OCR) – down by 51% from the 459 units sold in the previous month. This the lowest monthly OCR sales since April 2020 – during the Circuit Breaker - where 98 new private homes were sold. The slowing sales in the OCR could be attributed to the fast depleting stock of unsold homes and the lack of new launches. In December, Dairy Farm Residences was the top-selling OCR project, with 42 units changing hands at a median price of $1,674 psf.

The sales momentum in the Core Central Region continued to ease in December. Developers sold 134 CCR homes, declining by 24.7% from 178 units transacted in November. With the new cooling measures hitting investors and foreigners harder, the CCR which tends to attract a number of such buyers are expected to see sales moderate. Leedon Green which sold 29 units at a median price of $2,727 psf was the most popular CCR project last month.

In the EC segment, developers sold 69 new units in December 2021, a 9.5% increase from the 63 new ECs transacted in November. EC sales may dip in the coming months as EC projects continue to pare down their unsold stock. The top selling EC project of the month was Provence Residence – which shifted 25 units at a median price of $1,214 psf. Supply of new EC units will be replenished soon, with North Gaia at Yishun Avenue 9 slated to be launched in Q1 2022.

In terms of units launched, developers placed 383 new private homes (ex. ECs) on the market in December 2021 – down by 70% from the 1,283 units launched in the previous month.

“December’s new home sales slowdown was not entirely unexpected; the muted sales can be attributed to the December holidays and year-end festive season. In addition, with the opening of borders and Vaccinated Travel Lanes, a number of residents have travelled out of the country after more than two years of not being able to travel.

The new property curbs may have led some buyers to go back to the drawing board and think through their options. Based on caveats lodged, about 39% of December’s new home sales were transacted on or after 16 December, when the new cooling measures came into effect. This proportion is actually higher than the 26% witnessed over the same timeframe in 2020. It is probably too early to ascertain the exact impact of the cooling measures since they were introduced in December, which coincides with the seasonal lull.

Based on Realis caveats, foreigners and Singapore permanent residents accounted for 4% and 12.5% of the new private home sales in December 2021 respectively, while Singaporeans bought about 83% of the private homes sold during the month. Singapore’s commitment to restoring quarantine-free travel with more countries could help to facilitate foreign buying interest, but the hefty ABSD on foreign buyers may peg back this demand - with Singaporeans and PRs picking up the slack.”

“Although sales declined quite substantially in December 2021, it is noteworthy that the new home sales figure last month still surpassed the average sales volume (607.1 units) for the month of December over the past 10 years. For now, we think seasonality had led to December’s slower sales, while the impact of the new cooling measures is probably still filtering through as buyers, particularly investors review their options.
In January and February, the new home sale market is expected to be relatively muted due to the Chinese New Year festivities and limited number of new launches. Sales will likely start to pick up thereafter, as more projects come on the market. Kicking off the launches this year is Belgravia Ace, a 107-unit strata-landed development, located along Ang Mo Kio Avenue 5 which is slated to go on the market later this month. Following that, buyers can look forward to Qingjing Realty’s 105-unit The Arden in Phoenix Road.” 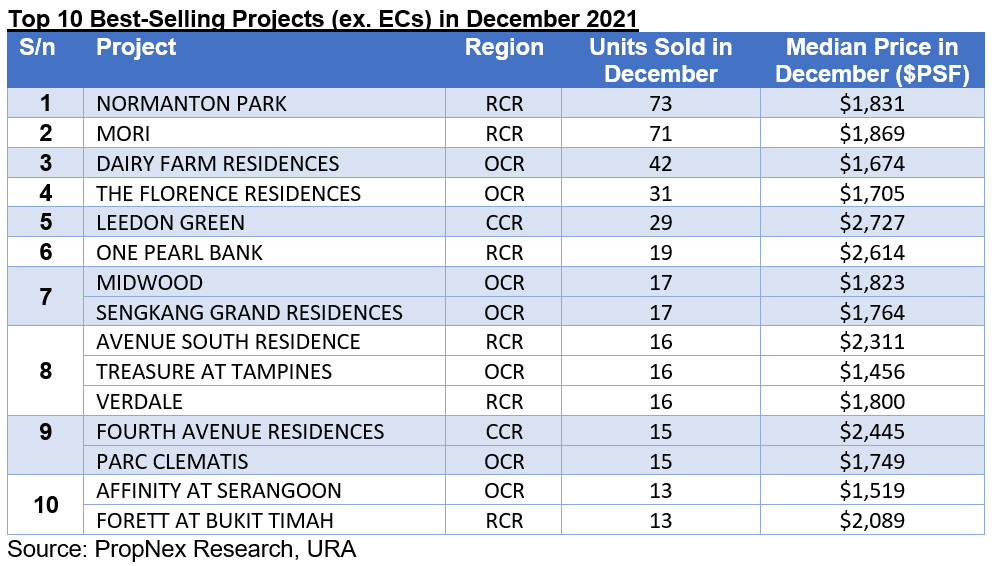 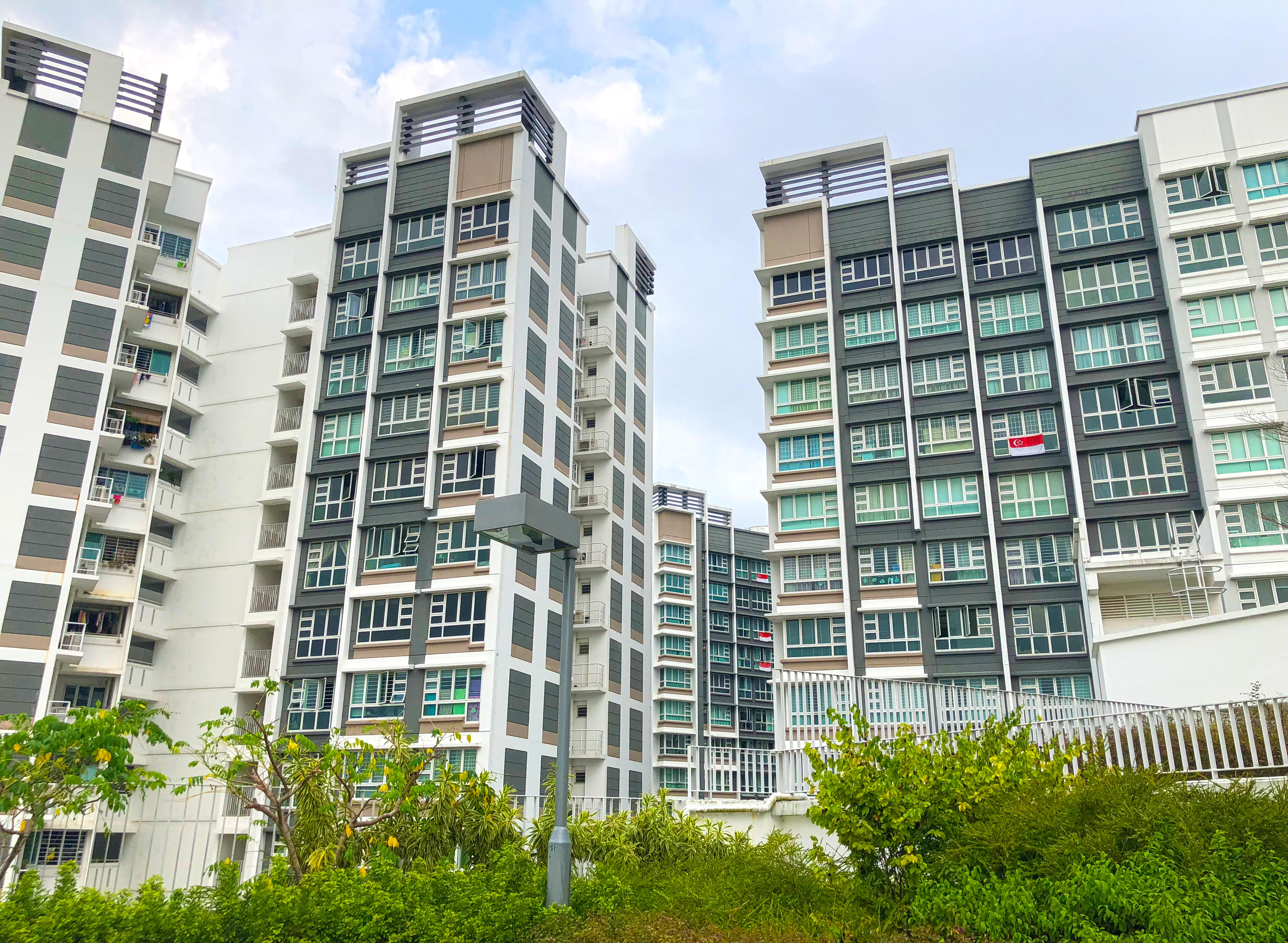 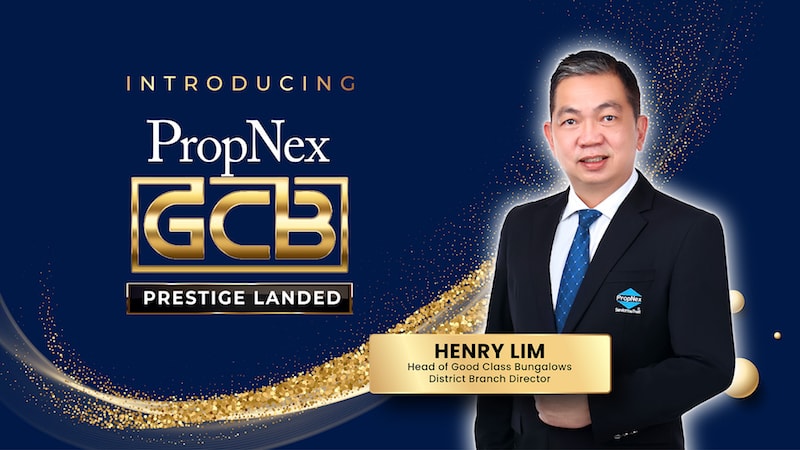 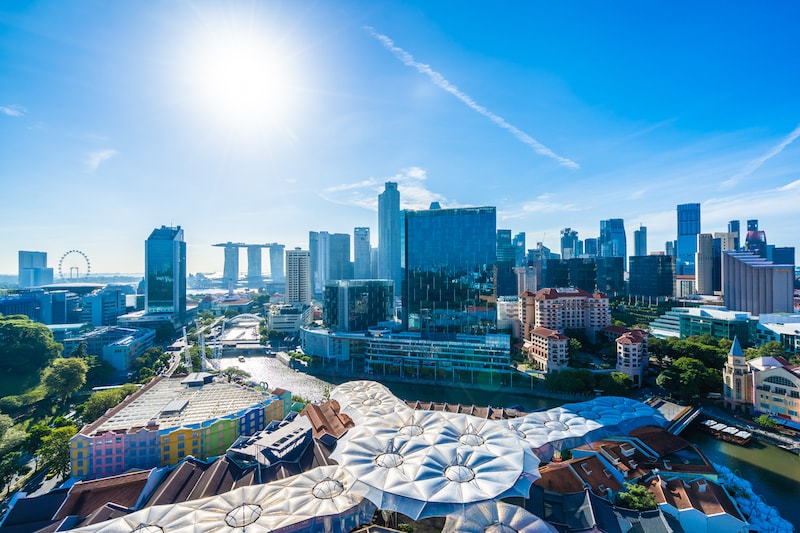 Private Home Prices And Hdb Resale Prices End 2021 On A High; Pace Of Growth To Moderate On New Property Curbs