A Special Look at Lentor Hills Parcel A Site

The tranquil Lentor Hills estate is poised to be transformed with more housing and amenities set to be introduced in this charming residential enclave. The Lentor Hills Parcel A site is the second of four new residential plots in the Lentor locality that will inject new life into this quiet estate. Situated a stone’s throw away from the newly opened Lentor MRT station on the Thomson-East Coast Line, the parcel has a site area of 17,100 sq m and a maximum gross floor area (GFA) of 60,480 sq m. The site is designated for private housing development of approximately 595 units.

A joint venture comprising Guocoland, Intrepid Investments and TID Residential – the latter two are subsidiaries of Hong Leong Group, Mitsui Fudosan and Hong Leong Holdings – has placed the top bid for the plot in January 2022. Its bid of $586.59 million for the site works out to a land rate of $1,060 per square foot per plot ratio (psf ppr). As there have not been many fresh private residential launches in the area in recent years, this site should spark interest among buyers who are looking for a home that offers respite from the hustle and bustle of the city. 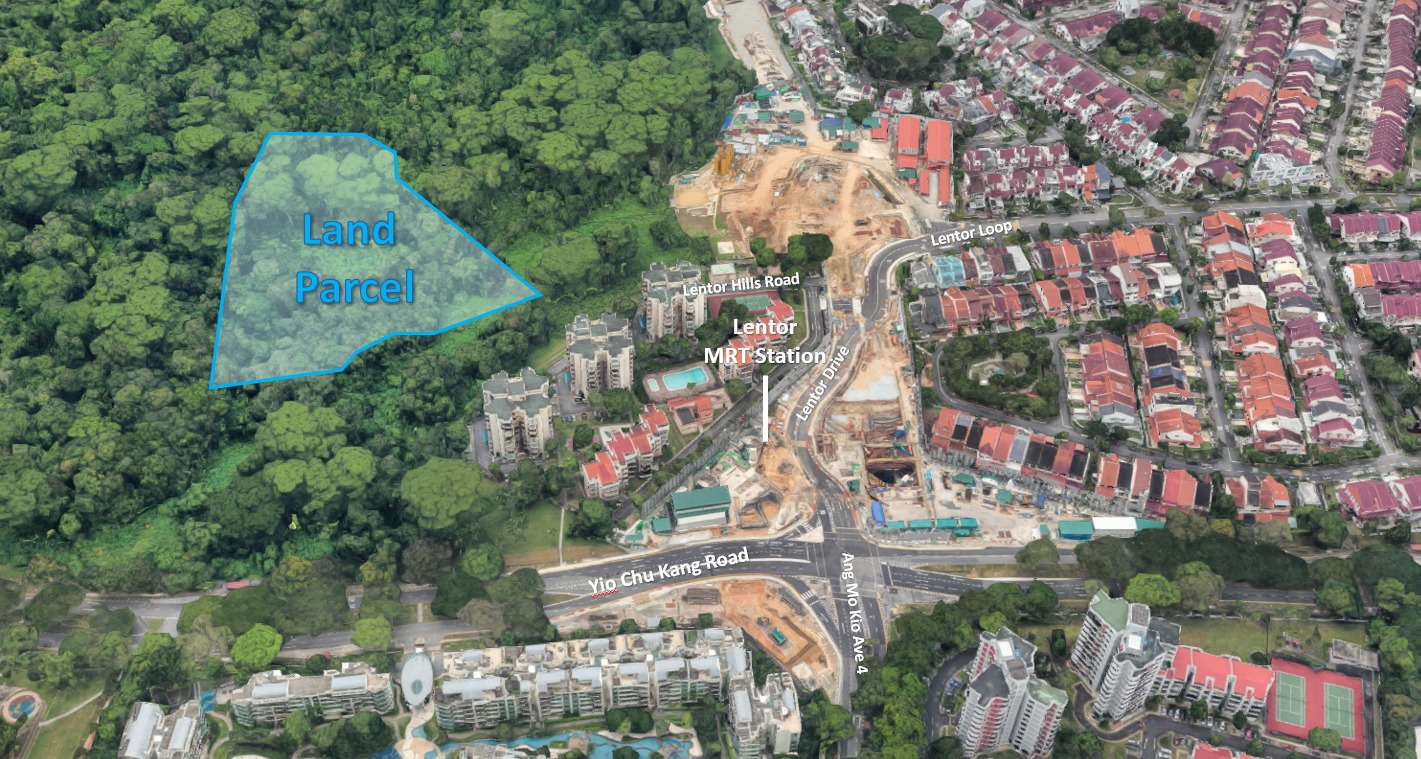 This area is known to be a quiet landed residential enclave, that provides a peaceful living environment and privacy for its residents. Located in the Upper Thomson area that has mostly landed homes, residents of this future Lentor Hills development will potentially enjoy unobstructed views of the surrounding areas, such as the nearby nature reserves and parks.

This site is the second of four new Lentor residential projects to be developed, the first being the Lentor Central site, a mixed-use residential development with a commercial podium on the first story. There are two more upcoming government land sales sites due to be put up for tender in May 2022 – a site in Lentor Central and another in Lentor Hills Road (Parcel B) - which and will yield 470 and 265 units respectively. In total, the four sites will potentially add more than 1,900 new homes to the area, injecting a new lease of life to the neighbourhood.

Future residents of the new Lentor Hills Parcel A development will not need to venture far for their daily necessities as they may visit the commercial podium at the Lentor Central integrated development that will comprise several F&B options, a supermarket and childcare facilities. For other amenities, residents may easily access them via the Thomson East Coast Line (TEL) - just a short train ride away are Thomson Plaza, Midview City, Mayflower Market and Food Centre, and Mount Alvernia Hospital.

There are also plenty of green recreation spaces that will appeal to nature lovers and fitness junkies. Residents may visit the nearby Lower Pierce Reservoir which presents captivating waterfront views of the vast reservoir as well as the surrounding forests. Fitness buffs may embark on the charming hiking trails and boardwalk while seeking respite from the urban city jungle. Future upcoming park connectors in the area will link residents to Ang Mo Kio Town Garden West as well as the famed Bishan-Ang Mo Kio Park. The latter is one of the largest urban parks in central Singapore that is filled with lush lawns and has a 3-km meandering river.

The Lentor estate is also near to a number of well-established schools, such as Presbyterian High School, Anderson Primary School, and CHIJ St Nicholas Girls' School which will appeal to families with school-going children.

The Lentor Hills Parcel A site is located within short walking distance to the Lentor MRT station, which became operational in August 2021 as part of the Thomson-East Coast Line (TEL) Phase 2 opening – alongside five other stations Springleaf, Mayflower, Bright Hill, Upper Thomson and Caldecott. The Caldecott MRT station will connect commuters to the Circle Line while the Bright Hill Station will serve as an interchange station with the upcoming Cross-Island Line. The TEL when fully operational will give residents direct access to places such as Orchard Road, Great World City, Shenton Way, Gardens by the Bay, Tanjong Katong, and Siglap.

Future residents who are avid cyclists will be thrilled to know that the Land Transport Authority (LTA) has announced works to extend the cycling network in Ang Mo Kio - which is slated to add an additional 6.8km of cycling paths. Of these, 2km will be in the form of new park connectors that are set to be completed by 2023; the rest are cycling paths that will be built by 2026. The LTA has said that these cycling paths will be directly connected to Mayflower and Lentor MRT stations to improve connectivity for residents to other amenities in the greater Ang Mo Kio area.

Guocoland is an award-winning developer firm with a diversified portfolio comprising residential, hospitality, commercial, retail and integrated developments spanning across the region. GuocoLand has been awarded with a number of accolades both locally and internationally, in recognition for its quality, innovative developments and commitment to business excellence. In Singapore, the Group has successfully developed 36 residential projects yielding approximately 11,000 apartments and homes. Some of its most recent projects include, Midtown Modern, Midtown Bay, Wallich Residences, Meyer Mansion, Martin Modern, Leedon Residences and Goodwood Residences.

TID Residential is a long-time partnership between Hong Leong Group and Mitsui Fudosan. Hong Leong Group is a Singapore MNC while Mitsui Fudosan is a one of Japan's leading real estate companies. The partnership has successfully developed and launched several residential projects in Singapore. Among them, The St. Regis Singapore Hotel & Residences, The Oceanfront @ Sentosa and the Optima @ Tanah Merah, One North Eden, Forest Woods, The Brownstone EC.

Intrepid Investments is a subsidiary firm of Hong Leong Holdings. Hong Leong Holdings was formed in 1968 as Hong Leong Group's privately held property investment and property holding vehicle. It has since established itself as a major player in the property market, making it one of the most sought-after providers of a comfortable home. To date, it manages 8 commercial projects and has developed close to 100 residential properties, including a range of mid to high-end residential projects in some of the country's most coveted neighbourhoods, among them include, Penrose, Midwood, The Avenir, Sage, The Tate Residences. 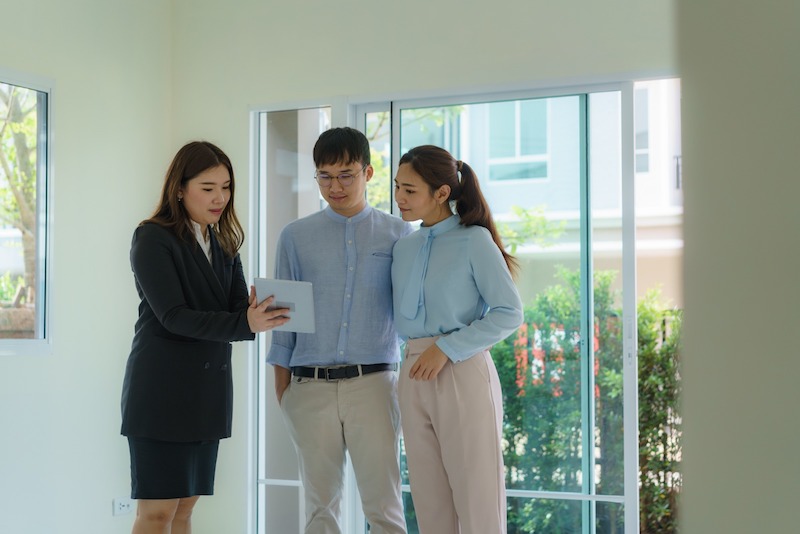 Should You Buy a New Launch or a Resale Condo? 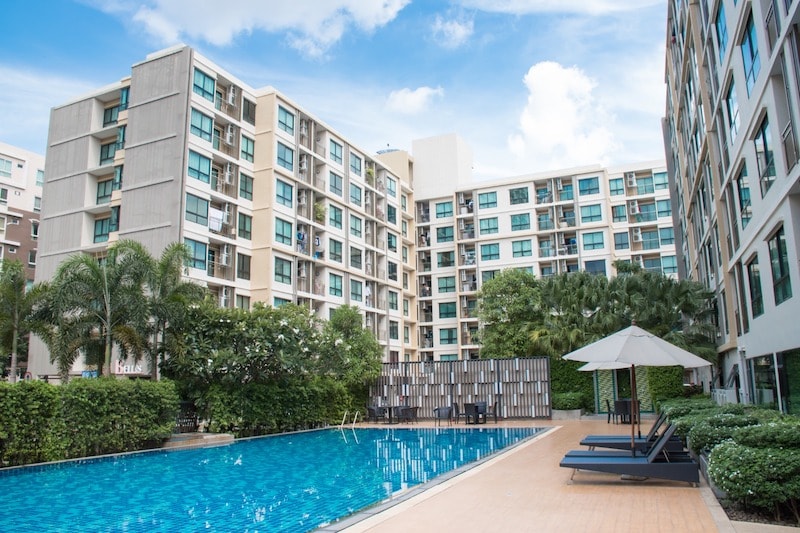